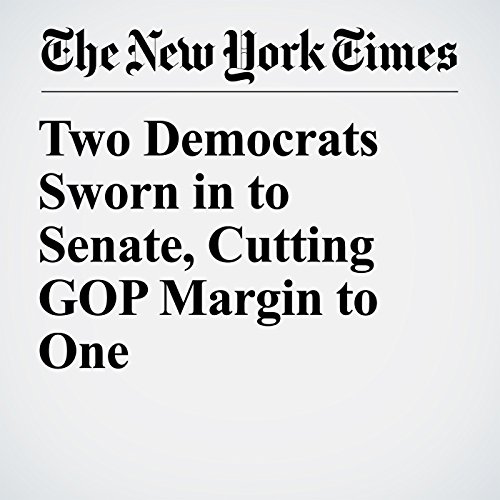 "Two Democrats Sworn in to Senate, Cutting GOP Margin to One" is from the January 03, 2018 U.S. section of The New York Times. It was written by Sheryl Gay Stolberg and narrated by Keith Sellon-Wright.