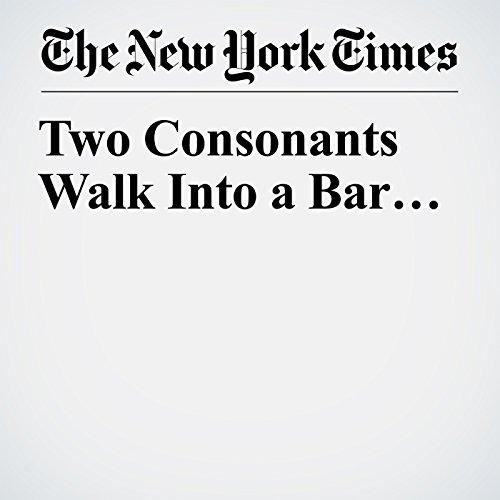 Two Consonants Walk Into a Bar…

It was eliminated from a federal bill to protect lesbians, gays and bisexuals from discrimination in employment. The 2007 legislation’s principal backers — including Barney Frank, an openly gay congressman — decided that pressing fellow lawmakers to cover transgender people as well was a bridge too far.

"Two Consonants Walk Into a Bar…" is from the February 25, 2017 Opinion section of The New York Times. It was written by Frank Bruni and narrated by Barbara Benjamin-Creel.