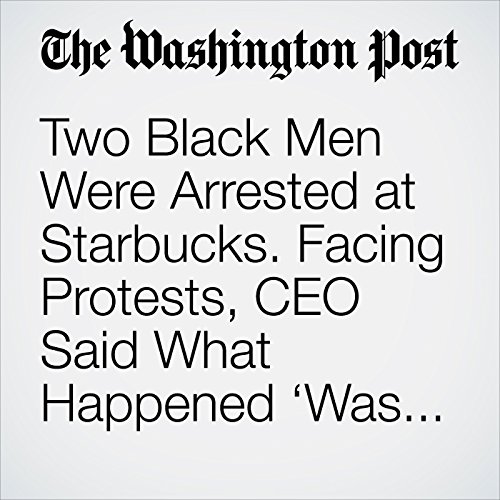 The chief executive of Starbucks on Monday called for “unconscious bias” training for store managers and apologized for what he called “reprehensible” circumstances that led to the arrest of two black men at a Philadelphia store last week.

"Two Black Men Were Arrested at Starbucks. Facing Protests, CEO Said What Happened ‘Was Wrong.’" is from the April 16, 2018 Business section of The Washington Post. It was written by Rachel Siegel, Alex Horton and narrated by Sam Scholl.