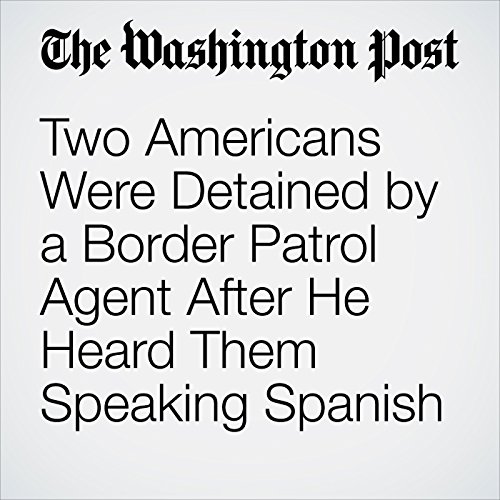 The American Civil Liberties Union said Monday it is looking into an incident in which a Border Patrol agent detained and questioned a woman and her friend — both U.S. citizens — when he overheard them speaking Spanish at a gas station in Montana.

"Two Americans Were Detained by a Border Patrol Agent After He Heard Them Speaking Spanish" is from the May 21, 2018 National section of The Washington Post. It was written by Amy B Wang and narrated by Sam Scholl.