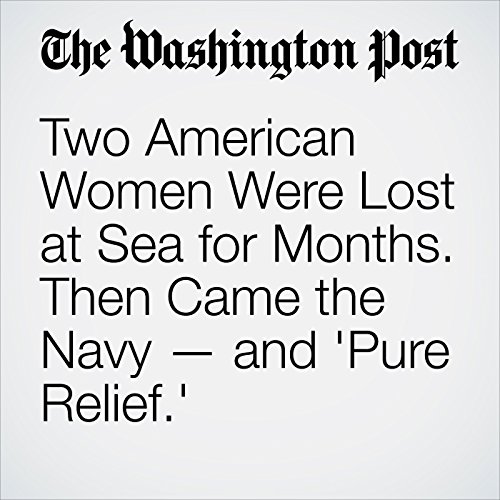 The moment the two women and their dogs were finally rescued is captured on video, taken from the deck of a Navy boat.

"Two American Women Were Lost at Sea for Months. Then Came the Navy — and 'Pure Relief.'" is from the October 27, 2017 World section of The Washington Post. It was written by Eli Rosenberg and Lindsey Bever and narrated by Jenny Hoops.