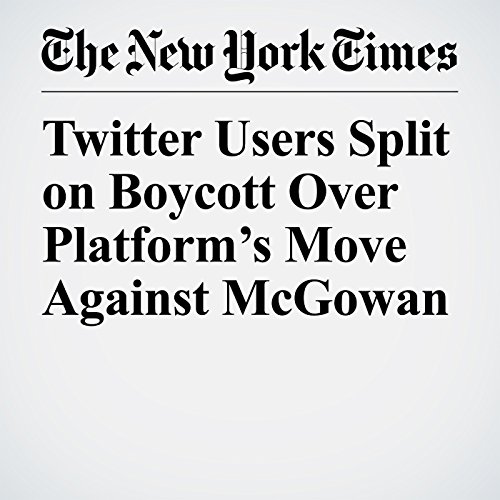 Activists, celebrities and journalists joined a boycott of Twitter Friday to protest the social media platform’s locking of the account of actress Rose McGowan, a fierce critic of film producer Harvey Weinstein over his alleged sexual harassment and assaults of women.

"Twitter Users Split on Boycott Over Platform’s Move Against McGowan" is from the October 13, 2017 Technology section of The New York Times. It was written by Anna Codrea Rado and Amie Tsang and narrated by Kristi Burns.