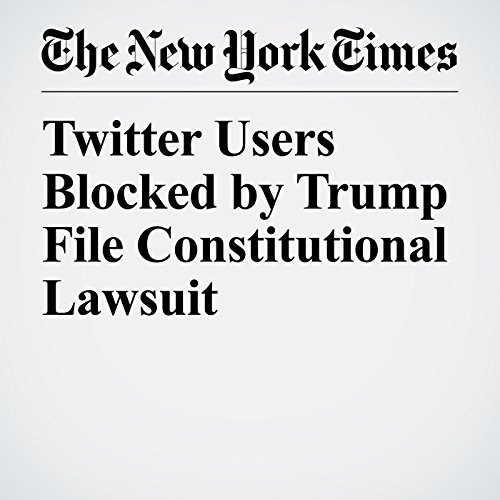 A group of Twitter users blocked by President Donald Trump sued him and two top White House aides Tuesday, arguing that his account amounts to a public forum that he, as a government official, cannot bar people from.

"Twitter Users Blocked by Trump File Constitutional Lawsuit" is from the July 11, 2017 U.S. section of The New York Times. It was written by Charlie Savage and narrated by Keith Sellon-Wright.