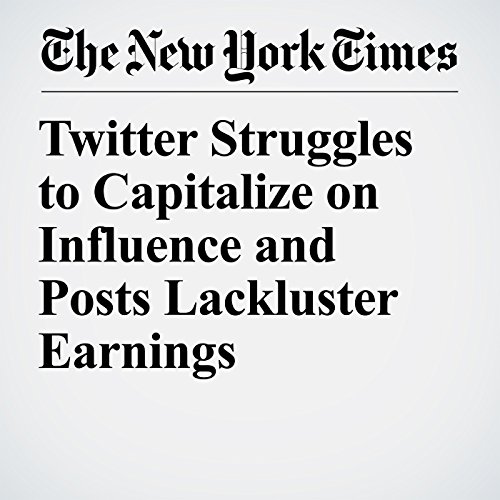 The company reported disappointing earnings Thursday, with sales totaling $717 million in the fourth quarter, up only about 1 percent compared with a year ago. That fell far short of analysts’ expectations of $740 million. Twitter lost roughly $167 million over that period, or 23 cents per share, from a loss of about $90 million in the quarter last year.

"Twitter Struggles to Capitalize on Influence and Posts Lackluster Earnings" is from the February 09, 2017 Business section of The New York Times. It was written by Mike Isaac and narrated by Barbara Benjamin-Creel.