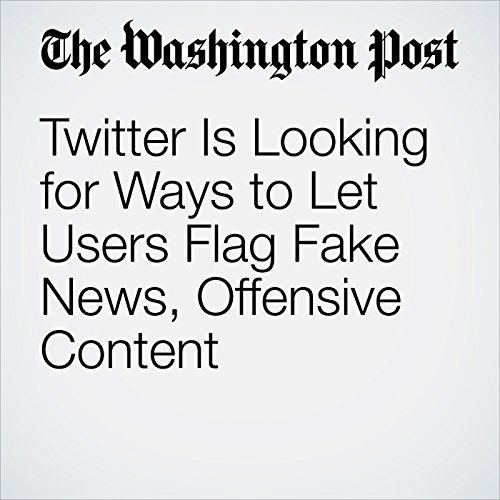 Twitter is exploring adding a feature that would let users flag tweets that contain misleading, false or harmful information, according to two people familiar with the company's projects.

"Twitter Is Looking for Ways to Let Users Flag Fake News, Offensive Content" is from the June 29, 2017 Technology section of The Washington Post. It was written by Elizabeth Dwoskin and narrated by Barbara Benjamin-Creel.