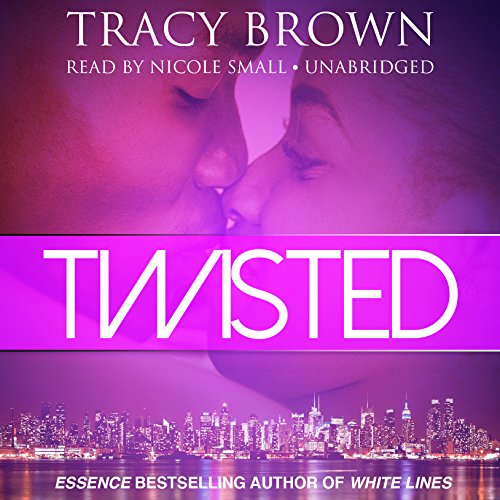 Celeste Styles is starting over. After losing her cherished salon in a suspicious fire, she has finally left her adulterous relationship and her drama-filled life in Brooklyn for the peace and tranquility of Atlanta, Georgia. But when Rah-Lo heads down south after deciding to leave his wife Asia, Celeste is floored and isn't quite sure if she wants to rekindle their affair. Meanwhile, Asia is hell-bent on revenge. Vowing not to let Celeste get away with her man that easily, she too, heads to Atlanta. But just on her heels is Ishmael Wright, ready to save the day and warn his best friend Rah-Lo about his vengeful wife - though Ishmael also has something else up his sleeve.

Secret betrayals are exposed, bitter rivalries explode, love is lost and found. Life will never be the same on the streets of "Hotlanta" in Tracy Brown's epic urban drama.

I loved it, good story line, I really enjoyed this book, and I couldn't wait to finish it!

I am a fan of all Nicole Small narrations. First story I have listened to by Tracy Brown. I am hooked. Hopefully her other audibles will be just as pleasing.

loved it...I hated what happened to Ishmel but very good read and the narrator was amazing

The book was a fool on its own but the narrator gave it even more life. A MUST READ....or LISTEN!!!!

Loved the book and the narration

I loved the characters in the book. Celeste and Rollo relationship kept me up to late at night listening to the book to find out what happened next. The narrator, Nicole Small, was excellent. I am buying more books by this author & books narrated by Nicole Small.

This book, although it was a good story, it was too slow...for some reason Tracey drug out this story.

This book was really great I just didn't expect Things to go the way they did.

Would you consider the audio edition of Twisted to be better than the print version?

This story was good, but not my favorite.

How the characters came back together.

The audio was not it best, the narrator did fine.

No, but I want to finished the book quickly.

Would you try another book from Tracy Brown and/or Nicole Small?

Yes I like Tracy Brown. Just not this book

What could Tracy Brown have done to make this a more enjoyable book for you?

The characters were just made too stupid and insecure.

Who would you have cast as narrator instead of Nicole Small?

Nicole Small is who made the book worth listening to. I love her!

The Narrator was great

Yup - This was another Good One Tracy.

This is a kinda believable story. Tracy Brown is a very vivid author. Reading is like watching a movie in your imagination. I chose this book because her other books were salivating page turners where you are drawn in.

Titled perfectly. These characters are twisted. No boundaries. This book is about crossing boundaries, over stepping moral lines, selfish and immature disrespect.

I liked how one of the characters, takes responsibility for her life and does what’s important for her and doesn’t involve taking no one down, and only lifting herself up. Your past has a way of rearing its ugly head. The controversy was making decisions, do you follow your head or your heart. I still don’t know if the decision made was correct or not. I won’t say anymore.