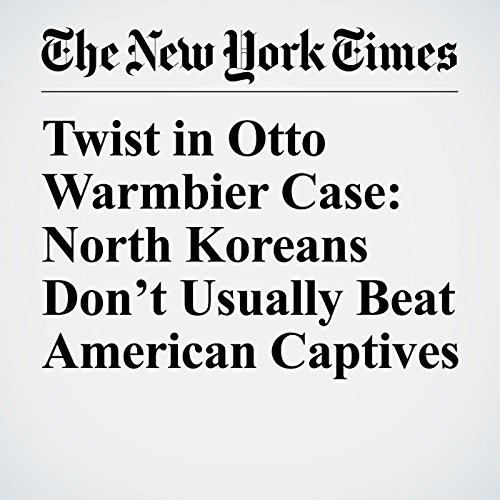 One American who was held captive in North Korea said he was interrogated up to 15 hours a day by officials who wanted him to confess to plotting to overthrow their government. Another said she was held in a 5-by-6-foot windowless cell. Yet another former American inmate shivered on the concrete floor of a room “no bigger than a dog’s house.”

"Twist in Otto Warmbier Case: North Koreans Don’t Usually Beat American Captives" is from the June 14, 2017 World section of The New York Times. It was written by Choe Sang Hun, Austin Ramzy and Motoko Rich and narrated by Keith Sellon-Wright.