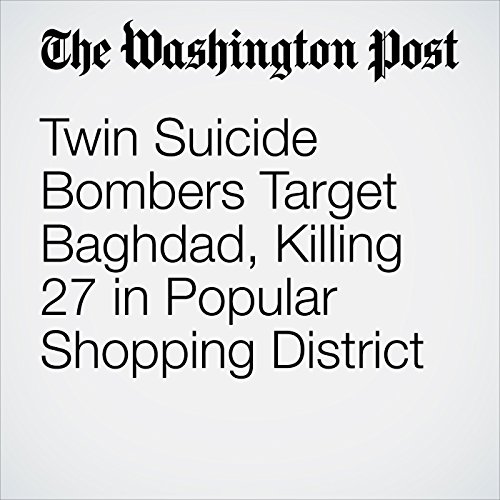 A pair of suicide bombers blew themselves up in central Baghdad early Monday, killing 27 people and injuring scores more in the first major attack in the capital since Iraq declared victory over the Islamic State in December.

"Twin Suicide Bombers Target Baghdad, Killing 27 in Popular Shopping District" is from the January 15, 2018 World section of The Washington Post. It was written by Tamer El-Ghobashy and Mustafa Salim and narrated by Sam Scholl.