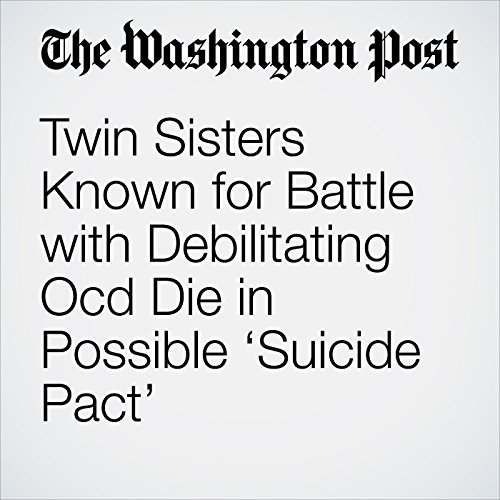 Sara and Amanda Eldritch sometimes took showers that lasted upward of 10 hours. The inseparable identical twin sisters from Broomfield, Colo., would go through five bottles of rubbing alcohol every day, disinfecting their skin until it burned. They hardly ever left the house. When they did, they would stop eating and drinking hours in advance to the point of dehydration to avoid using public restrooms, they told local television station 9 News in 2016.

"Twin Sisters Known for Battle with Debilitating Ocd Die in Possible ‘Suicide Pact’" is from the April 04, 2018 National section of The Washington Post. It was written by Samantha Schmidt and narrated by Sam Scholl.