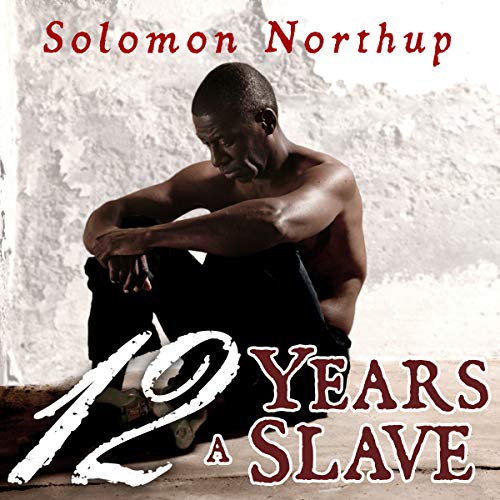 Twelve Years a Slave is the autobiographical account of Solomon Northup, an African American who was born free in New York in the early 1800s. In 1841, Solomon Northup was captured and forced into slavery for a period of twelve years. Northup's account is detailed in its account of life on a cotton and sugar plantation and the daily routine of slave life during the first part of the 19th century. The book describes the daily life of slaves in Bayou Beof, their diet, the relationship between master and slave, the means that slave catchers used to recapture them, and the ugly realities that slaves suffered. Comparable to the accounts of Frederick Douglass, Harriet Ann Jacobs, and William Wells Brown, Twelve Years a Slave is a captivating narrative of the life of freedom and slavery experienced by one African American man prior to the American Civil War.

Outstanding first-hand account of Solomon Northop's experience being kidnappped and sold into slavery. Every American should hear the perspective given here of what was once considered commonplace and legal in the first half of our nation's existence.

the book was amazing. gave a great detail into slavery in the 1850's and from a slaves point of view so the reader can connect with feelings of mr Solomon Northup. at times there was boring information but the book was great history and was overall a great book. i would recommend this book to anyone curious about how life was in the 1850's and a black man in the south. great piece of history.

Great telling of the story that keeps you engaged the entire time. Language and telling keeps really paints a picture.

This book was great! First off, the narration was good, but the story its self was amazing. I would recommended it to anyone who wishes to no the horrid history of America!

Middle of the story became a bit slower in writing. However necessary for the story.

I have long maintained that I know enough about Slavery and colonial exploitation of Africans but this reinforces my belief in putting an end to racism and all the discrimination that goes around us.

Would you listen to Twelve Years a Slave again? Why?

Absolutely brilliant. The poetry juxtaposed with the slavery simply makes the horror stand out even more starkly. Taking into account the time that this was written highlights the intelligence of Mr. Northup in more profound colours than simply black or white. As Solomon notes, "There is a special place in hell reserved for Edwin Epps".

Whilst at times, horrific, as a writing style was more encyclopaedic. Well worth dipping into .

An important book superseded by its descendants

“12 Years a Slave” is primarily documentary rather than narrative. It’s importance in the genre of slave narratives is clear and it seems later writers such as Alex Haley are indebted to this book. That said, it doesn’t make a particularly good listen and, in my opinion, it lacked the life and vividity of other books of its type.