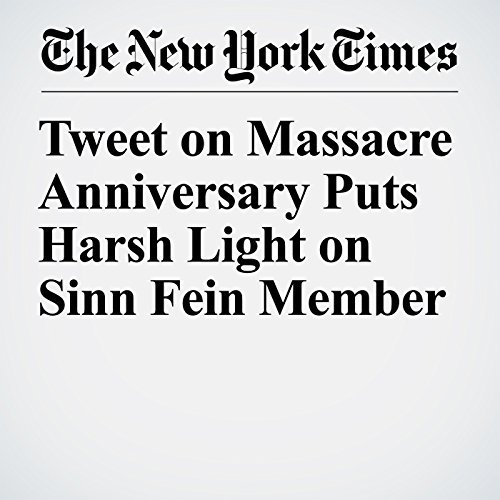 The police in Belfast, Northern Ireland, said they were investigating a social media post by a Sinn Fein member of the British Parliament who this past week appeared to mock the anniversary of the sectarian massacre of 10 Protestant men during Northern Ireland’s troubles.

"Tweet on Massacre Anniversary Puts Harsh Light on Sinn Fein Member" is from the January 07, 2018 World section of The New York Times. It was written by Ed O’loughlin and narrated by Kristi Burns.