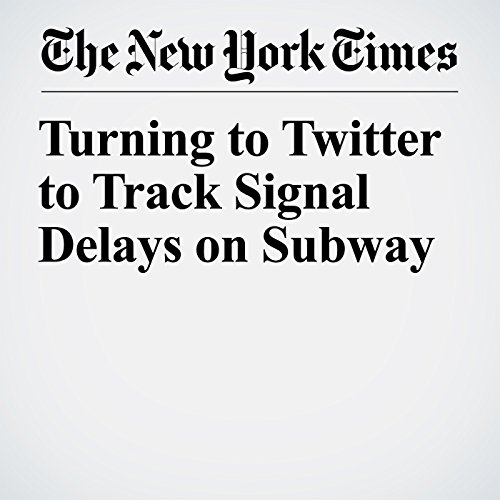 If train signals are one of the principal ailments afflicting the New York City subway system, then how often do the mechanisms, some of which date back to the Truman White House, fail?

"Turning to Twitter to Track Signal Delays on Subway" is from the March 29, 2018 U.S. section of The New York Times. It was written by Sarah Maslin Nir and narrated by Keith Sellon-Wright.