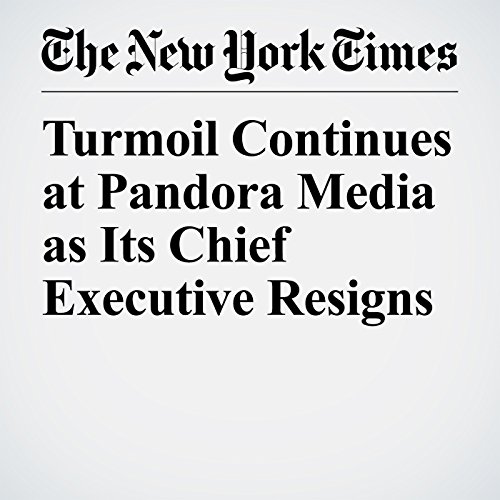 A year ago, Pandora Media was full of ambition.The internet radio pioneer would operate a ticketing company and integrate concert listings with its music streams. It developed an on-demand subscription service to go head-to-head with Spotify and Apple, and had plans to expand internationally. To lead the charge, the company brought back Tim Westergren, its charismatic co-founder, as chief executive.

"Turmoil Continues at Pandora Media as Its Chief Executive Resigns" is from the June 27, 2017 Business section of The New York Times. It was written by Ben Sisario and narrated by Keith Sellon-Wright.