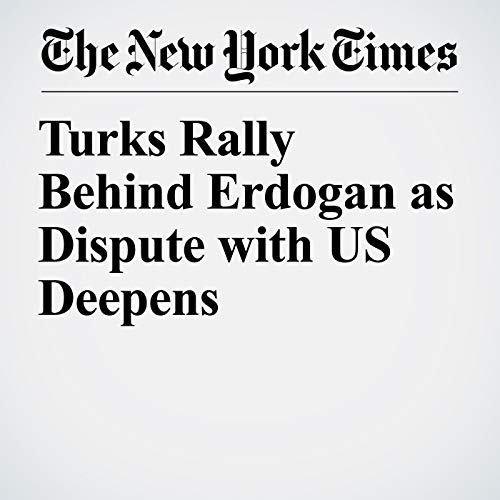 In their recent encounter at the NATO summit meeting, President Recep Tayyip Erdogan of Turkey and President Donald Trump gave each other a fist-bump, as Trump declared, “I like him, I like him.”

"Turks Rally Behind Erdogan as Dispute with US Deepens" is from the August 07, 2018 World section of The New York Times. It was written by Carlotta Gall and narrated by Keith Sellon-Wright.