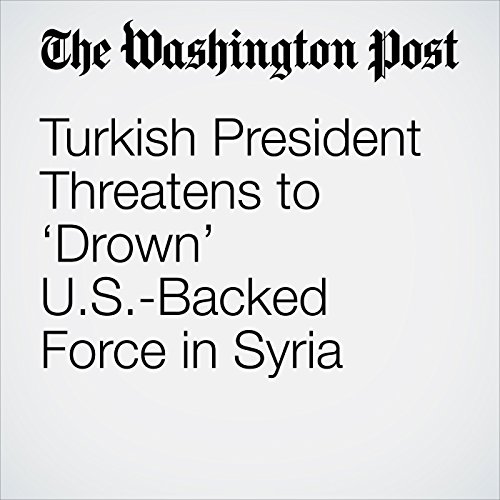 Turkish President ­Recep Tayyip Erdogan reacted in anger Monday to a proposed U.S.-trained force that could lead to Kurdish militiamen being stationed on the Syrian side of Turkey’s southern border, threatening to “drown” the force before it is born.

"Turkish President Threatens to ‘Drown’ U.S.-Backed Force in Syria" is from the January 15, 2018 World section of The Washington Post. It was written by Louisa Loveluck and narrated by Sam Scholl.