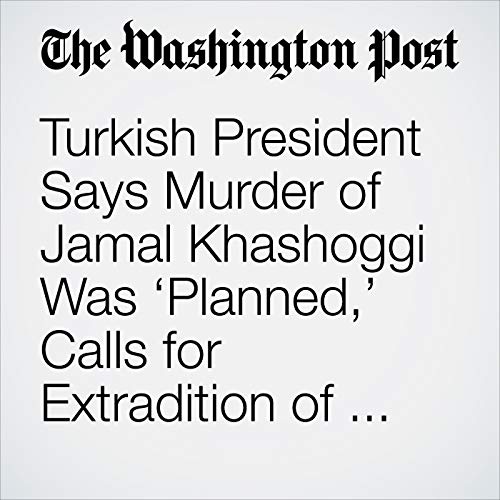 ISTANBUL — Turkish President Recep Tayyip Erdogan said Tuesday that the killing of Saudi journalist Jamal Khashoggi was a “planned” and “brutal” murder and called on Saudi Arabia to extradite 18 suspects to Turkey to face justice for the crime.

"Turkish President Says Murder of Jamal Khashoggi Was ‘Planned,’ Calls for Extradition of Saudi Suspects" is from the October 23, 2018 World section of The Washington Post. It was written by Kareem Fahim, Tamer El-Ghobashy and Chico Harlan and narrated by Sam Scholl.