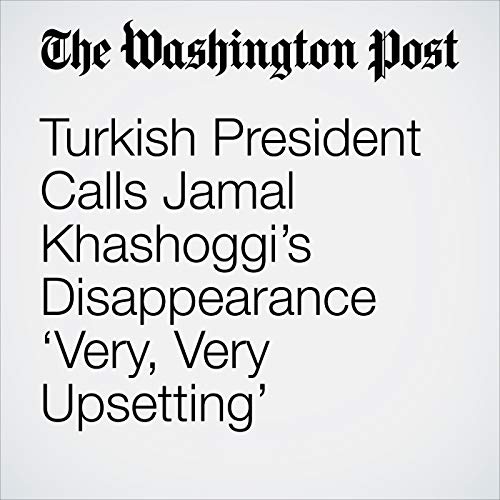 ISTANBUL — President Recep Tayyip Erdogan said on Sunday that he was closely following the investigation into the disappearance of journalist Jamal Khashoggi, calling it “very, very upsetting,” but stopped short of confirming reports that he had been killed soon after he entered Saudi Arabia’s consulate in Istanbul last week.

"Turkish President Calls Jamal Khashoggi’s Disappearance ‘Very, Very Upsetting’" is from the October 07, 2018 World section of The Washington Post. It was written by Erin Cunningham and Kareem Fahim and narrated by Sam Scholl.