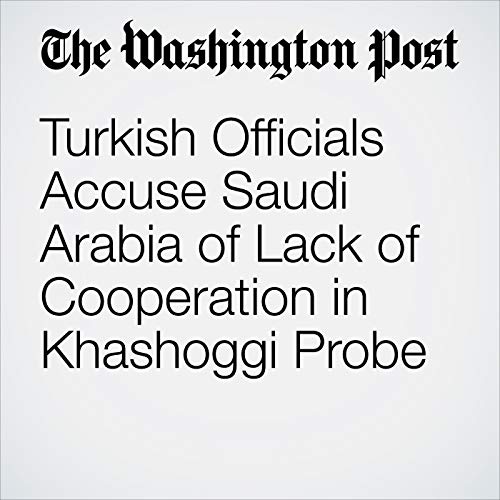 ISTANBUL — Turkish officials on Wednesday accused Saudi Arabia of not cooperating with Turkey’s investigation into the disappearance of Saudi journalist Jamal Khashoggi at the kingdom’s consulate in Istanbul last week, as video footage and the names of a 15-member Saudi team suspected of ties to the case emerged.

"Turkish Officials Accuse Saudi Arabia of Lack of Cooperation in Khashoggi Probe" is from the October 10, 2018 World section of The Washington Post. It was written by Loveday Morris, Souad Mekhennet and Shane Harris and narrated by Sam Scholl.