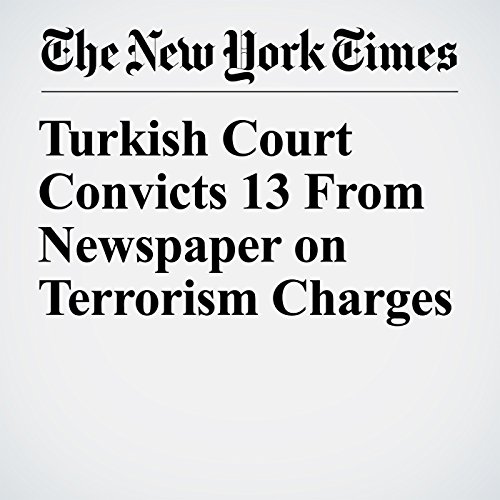 ISTANBUL — A Turkish court convicted 13 employees of Cumhuriyet, Turkey’s oldest independent newspaper, of terrorism-related crimes on Wednesday, and handed down stiff sentences for several of them even while ordering the release of the newspaper’s chief executive.

"Turkish Court Convicts 13 From Newspaper on Terrorism Charges" is from the April 25, 2018 World section of The New York Times. It was written by Carlotta Gall and narrated by Kristi Burns.