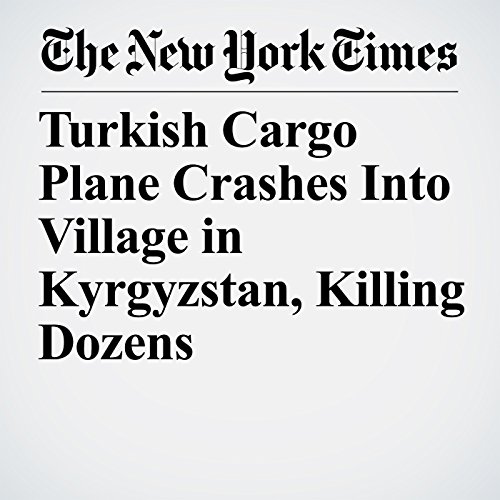 The Boeing 747, with a crew of four, was owned by ACT Airlines, and it was on its way to Istanbul from Hong Kong with a stopover in the Kyrgyz capital, Bishkek, according to airport officials in the Central Asian city.

"Turkish Cargo Plane Crashes Into Village in Kyrgyzstan, Killing Dozens" is from the January 16, 2017 World section of The New York Times. It was written by Michael Forsythe and Dan Bilefsky and narrated by Keith Sellon-Wright.