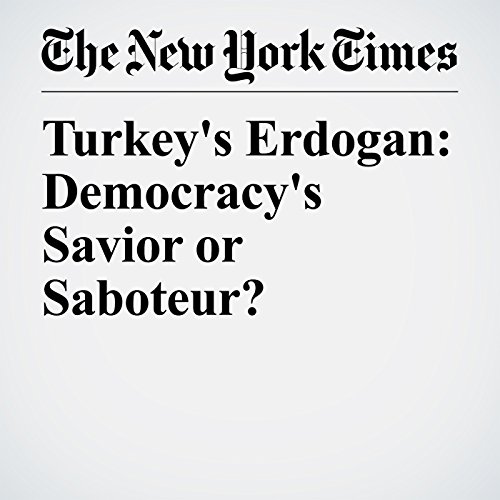 The political career of Yasar Yakis, a former foreign minister of Turkey, offers a telling look at the trajectory of the country’s president, Recep Tayyip Erdogan.Fifteen years ago, Yakis was a founding member of Erdogan’s political group, the Justice and Development Party, or AKP. Yakis was a career diplomat and stalwart of the secular Turkish bureaucracy, and his appointment as foreign minister in 2002 embodied the party’s attempts to appeal beyond its conservative, Islamist base.

"Turkey's Erdogan: Democracy's Savior or Saboteur?" is from the April 14, 2017 World section of The New York Times. It was written by Patrick Kingsley and narrated by Jef Holbrook.