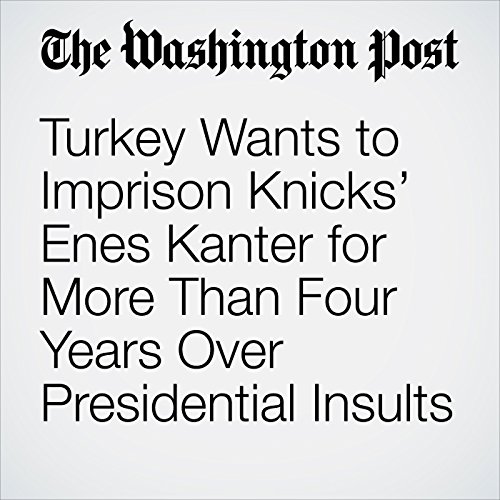 Turkish prosecutors are seeking a lengthy prison term for New York Knicks center Enes Kanter on charges that he insulted Turkish President Recep Tayyip Erodgan, Turkey’s state-run news agency reported Wednesday. The indictment against Kanter, a Turkish national, is based on a series of tweets he posted in May and June 2016, according to the Associated Press.

"Turkey Wants to Imprison Knicks’ Enes Kanter for More Than Four Years Over Presidential Insults" is from the December 20, 2017 Sports section of The Washington Post. It was written by Matt Bonesteel and narrated by Sam Scholl.