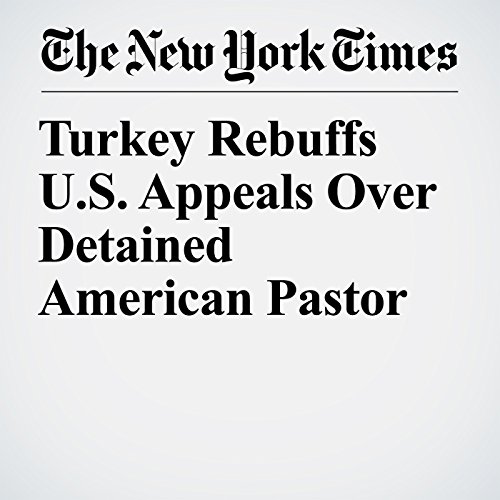 YENISAKRAN, Turkey — A Turkish court on Monday ordered an American pastor to remain behind bars as his trial for opened on charges that he aided terrorist groups in Turkey.

"Turkey Rebuffs U.S. Appeals Over Detained American Pastor" is from the April 16, 2018 World section of The New York Times. It was written by Carlotta Gall and narrated by Barbara Benjamin-Creel.