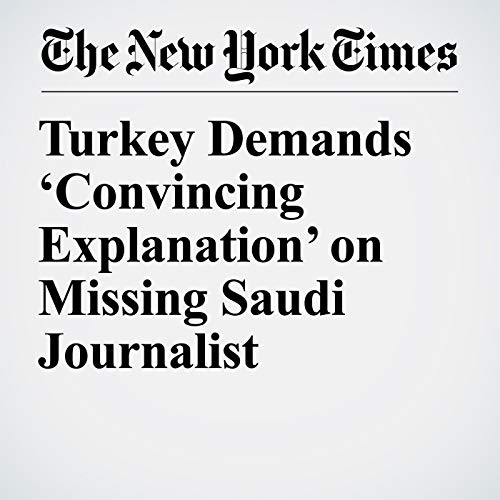 Turkish officials on Sunday demanded a “convincing explanation” from Saudi Arabia over the alleged killing of a dissident who disappeared during a visit to the Saudi consulate in Istanbul, sharply escalating tensions between two of the Middle East’s most important powers.

"Turkey Demands ‘Convincing Explanation’ on Missing Saudi Journalist" is from the October 07, 2018 World section of The New York Times. It was written by David D. Kirkpatrick, Ben Hubbard and Carlotta Gall and narrated by Kristi Burns.