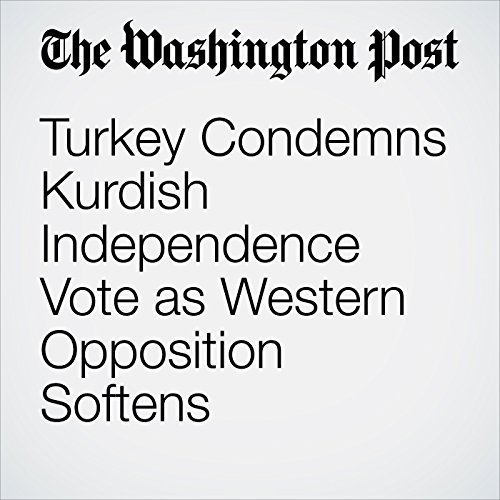 Turkey’s president on Tuesday ramped up his criticism of a historic Kurdish referendum for independence, calling it “treachery” against Turkey and threatening to impose a stifling blockade of the Kurdish enclave in northern Iraq.

"Turkey Condemns Kurdish Independence Vote as Western Opposition Softens" is from the September 26, 2017 World section of The Washington Post. It was written by Kareem Fahim and Tamer El-Ghobashy and narrated by Sam Scholl.