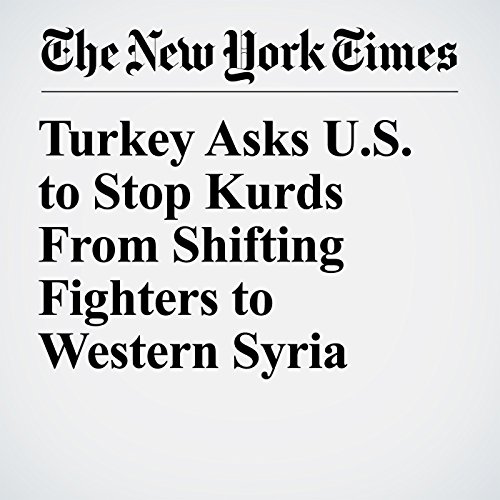 BEIRUT — The Turkish government took the extraordinary step Wednesday of asking the United States to stop Kurdish commanders from diverting their forces from areas of eastern Syria to the fight in Afrin in the west.

"Turkey Asks U.S. to Stop Kurds From Shifting Fighters to Western Syria" is from the March 07, 2018 U.S. section of The New York Times. It was written by Anne Barnard and narrated by Keith Sellon-Wright.