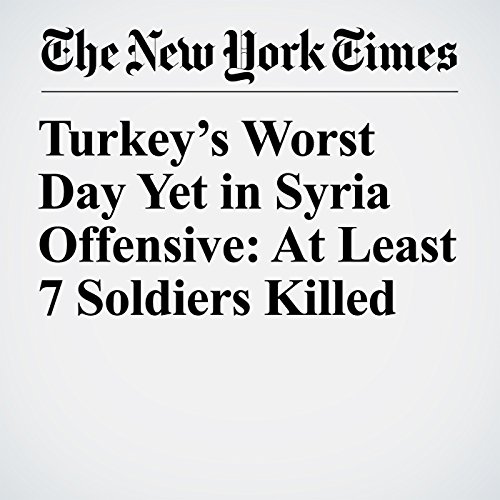 KOBANI, Syria — Turkey’s military suffered its worst day yet in the two-week offensive in Afrin, Syria, when at least seven soldiers were killed and a tank was destroyed in the fighting, official Turkish news outlets reported Sunday.

"Turkey’s Worst Day Yet in Syria Offensive: At Least 7 Soldiers Killed" is from the February 04, 2018 World section of The New York Times. It was written by Rod Nordland and narrated by Keith Sellon-Wright.