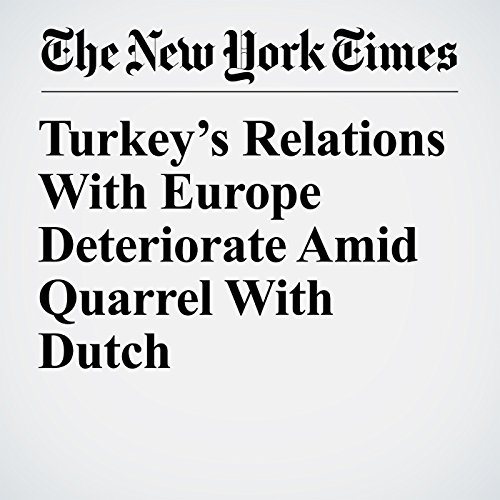 Turkey’s quarrel with Europe worsened over the weekend after the Turkish president accused the Dutch government of Nazism, and Turkish politicians were barred or disinvited from events in two European countries, amid tensions before a tight referendum on a new Turkish constitution.

"Turkey’s Relations With Europe Deteriorate Amid Quarrel With Dutch" is from the March 12, 2017 World section of The New York Times. It was written by Patrick Kingsley and Alissa J. Rubin and narrated by Keith Sellon-Wright.