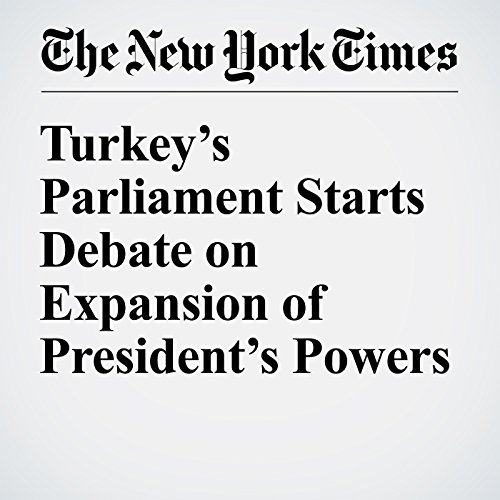 The Turkish Parliament on Monday began debating legislation that would effectively rewrite the constitution, vastly expanding the powers of Turkey’s president, Recep Tayyip Erdogan, and possibly allowing him to remain in power until 2029.

"Turkey’s Parliament Starts Debate on Expansion of President’s Powers" is from the January 09, 2017 World section of The New York Times. It was written by Sewell Chan and narrated by Keith Sellon-Wright.