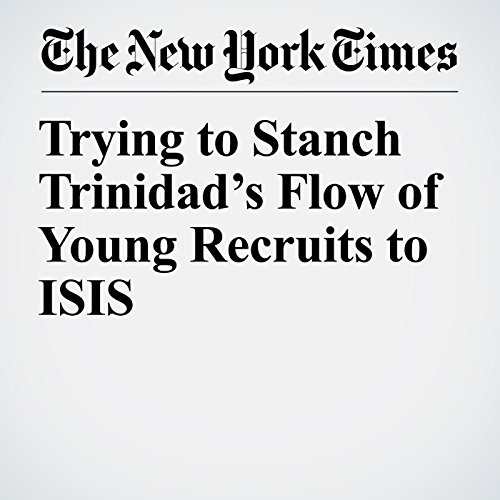 Trying to Stanch Trinidad’s Flow of Young Recruits to ISIS

Law enforcement officials in Trinidad and Tobago, a small Caribbean island nation off the coast of Venezuela, are scrambling to close a pipeline that has sent a steady stream of young Muslims to Syria, where they have taken up arms for the Islamic State, also known as ISIS or ISIL.

"Trying to Stanch Trinidad’s Flow of Young Recruits to ISIS" is from the February 21, 2017 World section of The New York Times. It was written by Frances Robles and narrated by Kristi Burns.