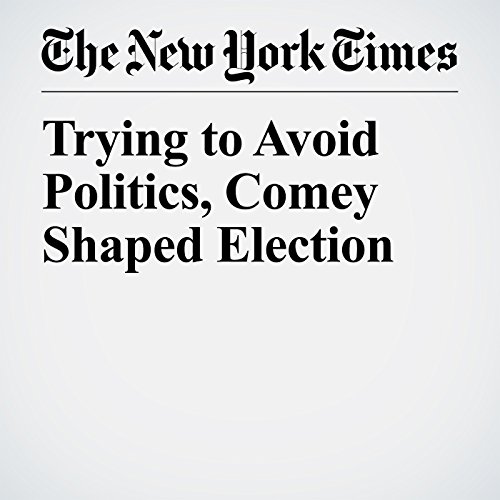 The day before he upended the 2016 election, James B. Comey, the director of the Federal Bureau of Investigation, summoned agents and lawyers to his conference room. They had been debating all day, and it was time for a decision.

"Trying to Avoid Politics, Comey Shaped Election" is from the April 22, 2017 U.S. section of The New York Times. It was written by Matt Apuzzo, Michael S. Schmidt, Adam Goldman and Eric Lichtblau and narrated by Kristi Burns.