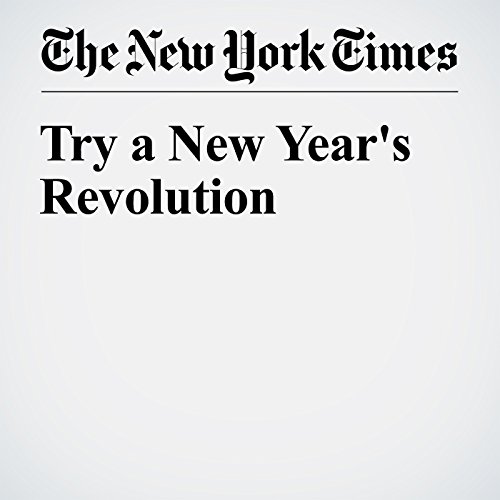 By now, we’re all familiar with Trump’s standards of female beauty. Thanks to tapes leaked and public, thanks to well-publicized remarks about the women he suggested weren’t attractive enough for him to have assaulted, a decade of chats with Howard Stern, the models he has married, the beauty pageants he owned and the compliments he’s lavished on his daughter Ivanka, we know that beauty, in the eye of the president-elect, is tall and slim and young.

"Try a New Year's Revolution" is from the December 31, 2016 Opinion section of The New York Times. It was written by Jennifer Weiner and narrated by Barbara Benjamin-Creel.