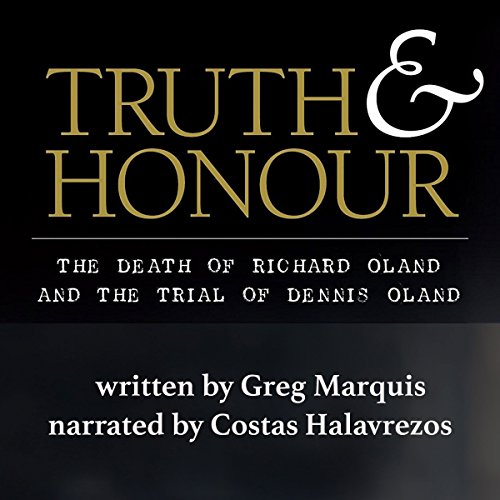 Truth and Honour explores the 2011 murder of Saint John businessman Richard Oland, of the prominent family that owns Moosehead Breweries, the ensuing police investigation and the arrest, trial, and conviction of the victim’s son, Dennis Oland, for second­-degree murder. Oland’s trial would be the most publicized in New Brunswick history. What the trial judge called “a family tragedy of Shakespearian proportions,” this real-­life murder mystery included adultery, family dysfunction, largely circumstantial evidence, allegations of police incompetence, a high-powered legal defence, and a verdict that shocked the community. Today, the Oland family maintains Dennis Oland’s innocence.

Author Greg Marquis, a professor of Canadian history at the University of New Brunswick Saint John, leads listeners through the case, from the discovery of the crime to the conviction and sentencing of the defendant. Offering multiple perspectives, Truth and Honour explores this question: was Dennis Oland responsible for the death of his father?