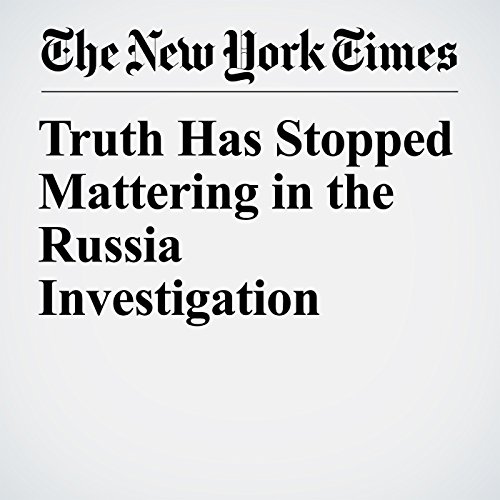 On Friday, Republicans on the House Intelligence Committee released a report based on their cursory investigation into Russian interference in the 2016 election. Full of shoddy rationalizations and evasions, it purported to show that America’s intelligence community failed to use “proper analytic tradecraft” in concluding that Russia wanted to help elect Donald Trump, and that there is no evidence that the Trump campaign colluded with Russia. Its real message was that, for Republicans in Congress determined to protect this president, evidence is irrelevant.

"Truth Has Stopped Mattering in the Russia Investigation" is from the April 30, 2018 Opinion section of The New York Times. It was written by Michelle Goldberg and narrated by Kristi Burns.