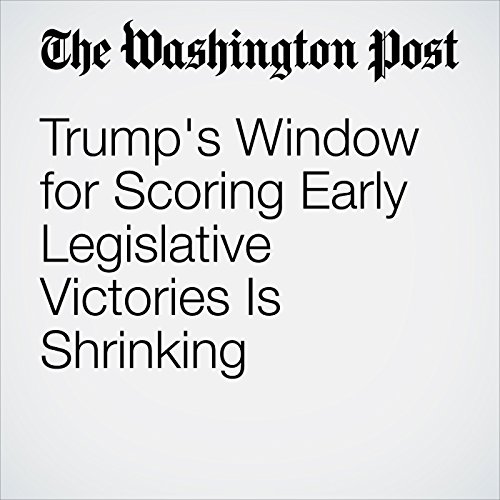 President Trump faces an increasingly narrow path to win major legislative victories before the looming August recess, with only two months left to revive his health-care or tax initiatives before Congress departs for a long break.

"Trump's Window for Scoring Early Legislative Victories Is Shrinking" is from the May 30, 2017 Politics section of The Washington Post. It was written by Damian Paletta and Mike DeBonis and narrated by Sam Scholl.