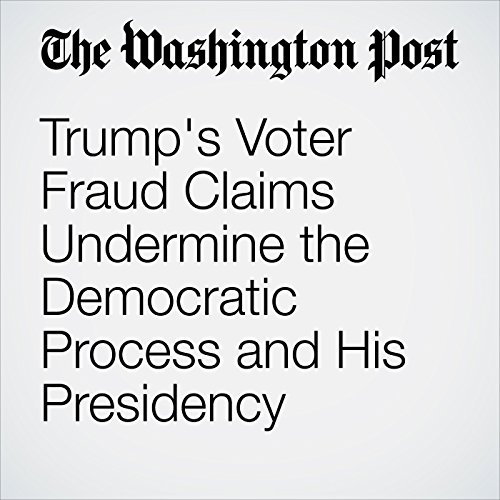 There is no benign explanation for President Trump’s false assertion that millions of people voted illegally in the last election. It is either a deliberate attempt to undermine faith in the democratic process, an exhortation to those who favor new restrictions on access to the ballot box or the worrisome trait of someone with immense power willing to make wild statements without any credible evidence.

"Trump's Voter Fraud Claims Undermine the Democratic Process and His Presidency" is from the January 25, 2017 Politics section of The Washington Post. It was written by Dan Balz and narrated by Jenny Hoops.