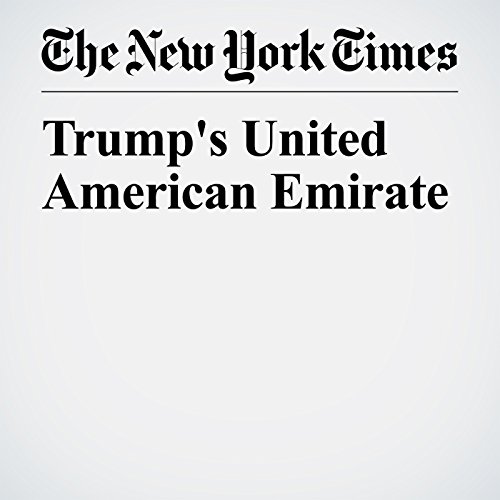 He left our most important allies there so uncertain about America’s commitment to their security from Russia and to shared values on trade and climate change that German leader Angela Merkel was prompted to tell her countrymen that Europe’s days of relying on the United States are “over to a certain extent,” and therefore Germany and its European allies “really must take our fate into our own hands.”

"Trump's United American Emirate" is from the May 31, 2017 Opinion section of The New York Times. It was written by Thomas L. Friedman and narrated by Fleet Cooper.