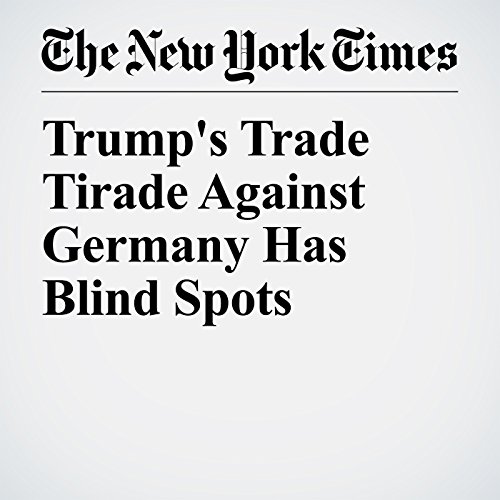 The last time relations between the United States and Europe were this bad — in the spring of 2003, during the buildup to the invasion of Iraq — the administration of George W. Bush decided to “punish France, ignore Germany and forgive Russia,” in a phrase attributed to the national security adviser at the time, Condoleezza Rice.

"Trump's Trade Tirade Against Germany Has Blind Spots" is from the May 30, 2017 World section of The New York Times. It was written by Mark Landler and narrated by Kristi Burns.