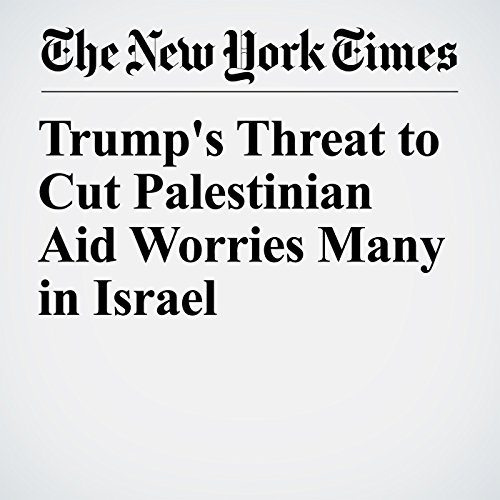 If President Donald Trump’s goal was to compel, one way or another, Palestinians to return to peace negotiations with a pair of tweets threatening to cut their funding, they appear to have had the opposite effect — and left many Israelis confused and worried as well.

"Trump's Threat to Cut Palestinian Aid Worries Many in Israel" is from the January 03, 2018 World section of The New York Times. It was written by Isabel Kershner and narrated by Kristi Burns.