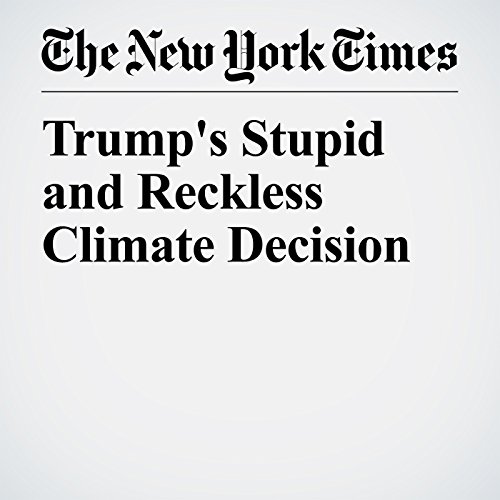 People say, if all you have is a hammer, then every problem looks like a nail. We should be so lucky. President Trump has a hammer, but all he’ll use it for is to smash things that others have built, as the world looks on in wonder and in fear. The latest, most troubling example is his decision to obliterate the Paris climate accord: After nearly 200 years of scientific inquiry and over 20 years of patient diplomacy that united every nation save Syria and Nicaragua, we had this afternoon’s big game-show Rose Garden reveal: Count us out.

"Trump's Stupid and Reckless Climate Decision" is from the June 01, 2017 Opinion section of The New York Times. It was written by Bill McKibben and narrated by Barbara Benjamin-Creel.