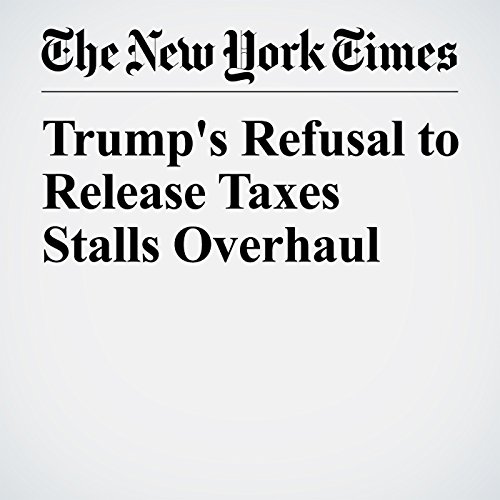 President Donald Trump’s promise to enact a sweeping overhaul of the tax code is in serious jeopardy nearly 100 days into his tenure, and his refusal to release his own tax returns is emerging as a central hurdle to another faltering campaign promise.

"Trump's Refusal to Release Taxes Stalls Overhaul" is from the April 17, 2017 U.S. section of The New York Times. It was written by Alan Rappeport and narrated by Keith Sellon-Wright.