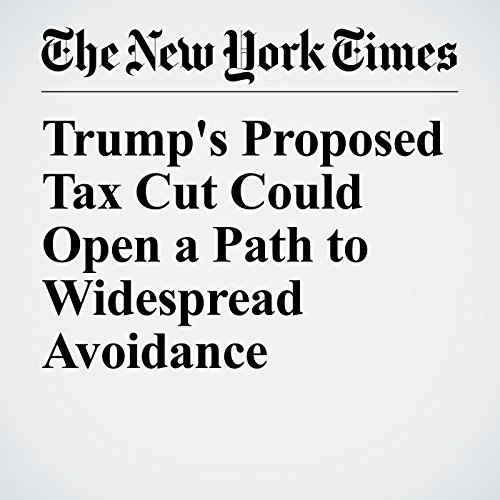 President Donald Trump’s proposal to cut taxes is short on details. But some people can already see opportunities for widespread tax avoidance.

"Trump's Proposed Tax Cut Could Open a Path to Widespread Avoidance" is from the May 09, 2017 U.S. section of The New York Times. It was written by Kate Kelly and Alan Rappeport and narrated by Keith Sellon-Wright.