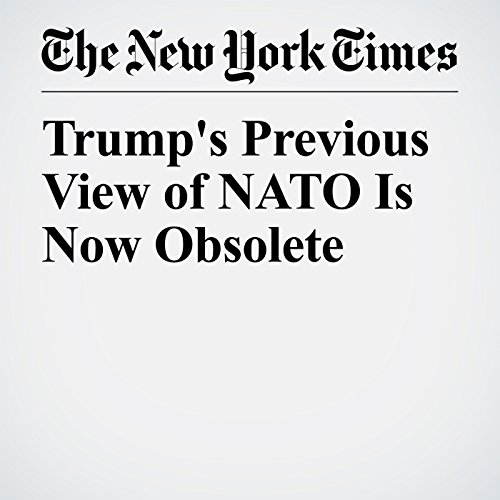 As a candidate, President Donald Trump disparaged NATO as a musty relic of old thinking, an alliance focused on long-gone adversaries rather than new-era threats, a burden that drained U.S. resources on behalf of ungrateful partners who did not pay their share. In a word: “obsolete.”

"Trump's Previous View of NATO Is Now Obsolete" is from the April 13, 2017 U.S. section of The New York Times. It was written by Peter Baker and narrated by Kristi Burns.