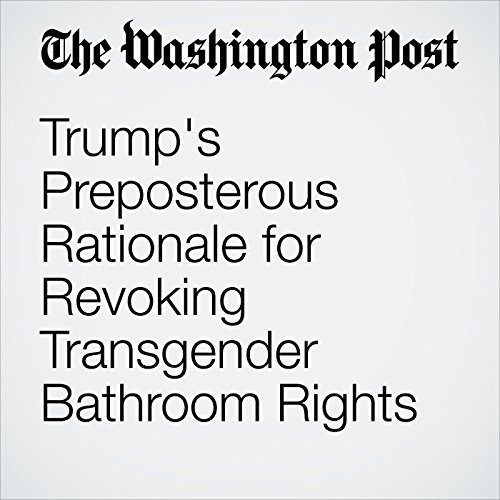 The Trump administration’s move to rescind bathroom access protections for transgender students rests on the idea that school bathroom policies are “a states’ rights issue,” as White House press secretary Sean Spicerhas explained, and that, in any event, it is “preposterous on its face” that the authors of the federal law barring sex discrimination in schools imagined it would cover transgender students.

"Trump's Preposterous Rationale for Revoking Transgender Bathroom Rights" is from the February 24, 2017 Opinion section of The Washington Post. It was written by Ruth Marcus and narrated by Jill Melancon.