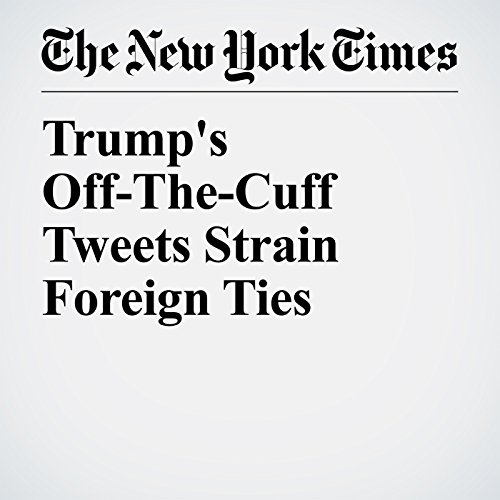 On one level, President Donald Trump reacted to Saturday night’s terrorist attack in London much as his predecessors might have. He expressed solidarity and telephoned Britain’s prime minister to offer condolences. “WE ARE WITH YOU,” he wrote to Britons.

"Trump's Off-The-Cuff Tweets Strain Foreign Ties" is from the June 04, 2017 World section of The New York Times. It was written by Peter Baker and narrated by Keith Sellon-Wright.