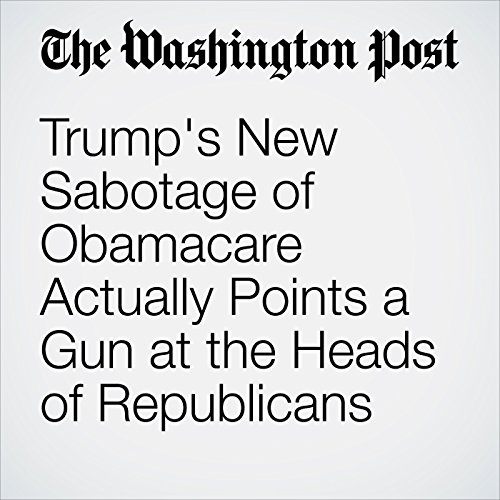 President Trump’s peculiar combination of malevolence, certainty in his own negotiating prowess and cluelessness about the details of policy sometimes leads him to issue fearsome-sounding threats that are rooted in a baffling misread of the distribution of leverage and incentives underlying the situation at hand.

"Trump's New Sabotage of Obamacare Actually Points a Gun at the Heads of Republicans" is from the October 13, 2017 Opinion section of The Washington Post. It was written by Greg Sargent and narrated by Jenny Hoops.